This is the first of a series of posts I will write about a topic I care a lot: secrets management.

What is a secret

First I want to clarify and give a definition about what is a secret. In software development, a secret is confidential information that is used to access protected resources. There are a lot of examples we can do: database connection strings, credentials such as username/password or app id/app secret, certificates with private key, personal access tokens. Because secrets are used to access protected resources, we need to carefully manage them in order to reduce the surface attack area.

In the last years we have seen a big code repositories spread using platform such as GitHub, and most of them are available in a public way, without any kind of authentication. This is obvious because we are talking mostly about open source projects, so sharing the code in a public way is part of the game. The point is that one of the most common and wrong place where secrets are defined are configuration files. Why? Because it is simple and easy and, to be honest, is also a pattern that we usually find inside a lot of online examples, tutorials, hello world samples.

Unfortunately the dark web is full of credentials acquired by web crawlers that retrieve them from configuration files stored in publicly accessible git repositories. According to the State of Secrets Sprawl on GitHub report, 85% of the leaks occur on developers' personal repositories and only the remaining 15% within repositories owned by organizations.

So, the main goal of this series of posts is to find alternatives to configuration files pushed on your code repository where you can safely store secrets.

The first alternative place where you can store secrets is called User Secrets. This approach is strictly coupled with the .NET configuration system, and we have the possibility to use it both in .NET and .NET Framework projects.

User Secrets in .NET (.NET Core, .NET 5, 6, 7 and so on) consists in using a new file called secrets.json located in the folder %APPDATA%\Microsoft\UserSecrets<user_secrets_id>\secrets.json.

The <user_secrets_id> is a GUID randomly generated when the user secrets are initialized for a project and when it occurs, the GUID is stored in the project file as follows:

With dotnet CLI we have to run the following command in the project directory:

Then we have different dotnet CLI commands we can use to manipulate secrets:

Visual Studio supports natively user secrets since at least Visual Studio 2015, but I recommend at least the version 2019 (16.4.4) to have the support in all type of .NET projects (web, console, and so on). It is very easy to set up and initialize user secrets with Visual Studio. Basically you have only to right-click on a project of your solution and select Manage User Secrets.

If user secrets are already not initialized for the selected project, Visual Studio will automatically update the project file to add a new <user_secrets_id> and will create a new empty secrets.json file. Then the secrets.json file is ready to be edited.

For ASP.NET projects the support is embedded in the usual WebApplication.CreateBuilder method. Example:

For .NET projects we can use the Host.CreateDefaultBuilder method as follows:

In the last years all .NET developers have shifted their focus on the new .NET Core / .NET ecosystem and many people think that .NET Framework has been basically deprecated. Well, even though I strongly recommend using the last .NET version if you start a new project, there are situations where you have to do bug fix or implement new features in some .NET Framework based project. And also .NET Framework projects have the same secret’s management issue because configuration files are text files (XML) that are commonly pushed on code repositories and potentially shared with a huge audience.

A lot of people don’t know that starting from the 4.7.1 version, the .NET Framework configuration system has been enriched in order to support many configuration providers. This feature is called Configuration Builders.

I don’t want to go deep in detail in how the Configuration Builders API works. What is important to share in this article to achieve our goal is that we can add support to user secrets in ASP.NET projects based on .NET Framework adding a reference to the NuGet Package Microsoft.Configuration.ConfigurationBuilders.UserSecrets and updating the web.config file as follows:

This first section adds the integration between the appSettings and connectionStrings sections and the configuration builders system.

This second section defines the configuration builders that we want to use. In this case we are adding only the user secrets support, and we specify the userSecretsId (can be a random GUID of our choice) and the optional flag to true (because we don’t want the configuration system crashing if the secrets file is not created).

This last section links the user secrets builder to the appSettings section.

After you have updated the web.config file, Visual Studio will support user secrets editing also for .NET Framework web projects. Simply right-clicking to the project and selecting Manage User Secrets will open the secrets.xml file using the userSecretsId previously specified to define the file path. This XML file is structured as follows:

Ok, I admit that it may seem complicated, but in reality we are only doing two steps: adding a NuGet package to our project and updating the web.config file. You don’t have to change anything in your code because the configuration builders system will automatically initialize the System.Configuration.ConfigurationManager static class (commonly used in .NET Framework projects) retrieving settings from both the standard web.config file and the additional secrets.xml file.

In this first article of the series Keep Your Secrets Secret, we have seen together how we can move secrets from appsettings.json and web.config files to different files located on the developer machine, but in a folder that will not be pushed on your code repository.

The main advantages of this approach are that is quick and easy to implement (it requires zero code changes in most .NET projects) and is well-supported by Visual Studio. There are some disadvantages by the way: cannot be used in production, cannot be used for certificates (only for text-based secrets such as connection strings, passwords, client secrets) and require that all developers in the team have a local copy of all secrets. 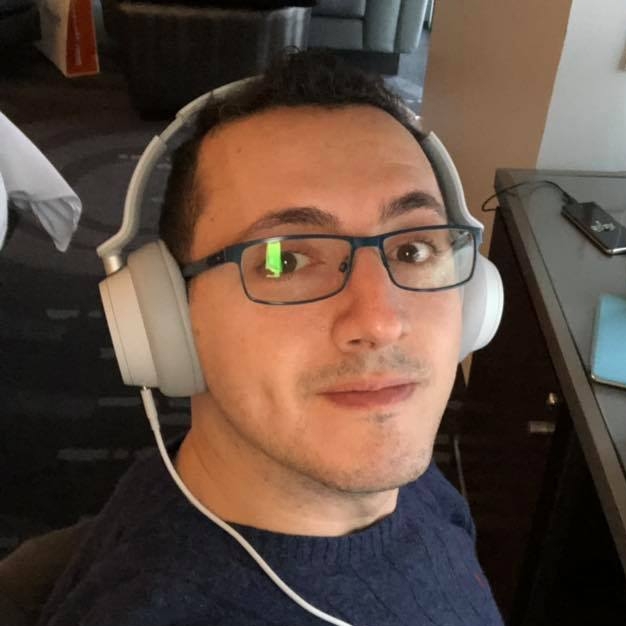